Warning: Invalid argument supplied for foreach() in /var/www/web1767/html/wp-content/plugins/goodlayers-core/framework/function/media.php on line 358

Entertainment light- and lasershows have been my passion since more then 20 years. Nothing else will create deeper emotions to the audience than this kind of brilliant and colorful coherent light. As a freelancer show designer, I am supporting several european event companies to produce and carry out stunning lasershows of every dimension and complexity. Starting from simple static logo projection up to big open air multi media shows including pyrotechnic, fireworks and watershows in front of thousands of excited visitors.  I am very proud of being honored for my work by numerous international awards like the Pangolin- or the ILDA-Award (which is considered as the “Oscar” of the lasershow industry). You need any kind of lasershow? Logo animation or just technical consultation? —> I would be pleased to support you! 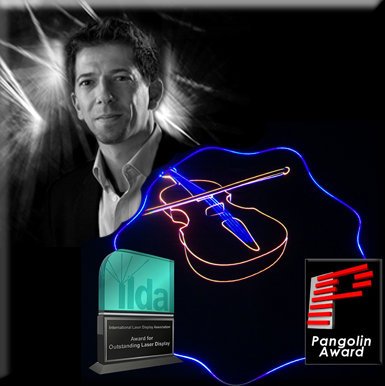 In general, there are four main types of lasershows:

Below you will find more details of each show concept including some impressions:

some previous reference productions and events

To give you some ideas about how my work may look like, you´ll find some examples of previous projects which I have supported or I was booked for:

Please lean back and enjoy some videos of available pre-programmed  lasershows out of my continuously growing showpool. Every lasershow can be further extended and dedicated to your setup and requirement. Please don´t hesitate to contact me whenever you are interested in purchasing a stock show or dedicated show based on your needs.

Please feel free to leave a message. I´ll get in contact with you as soon as possible.