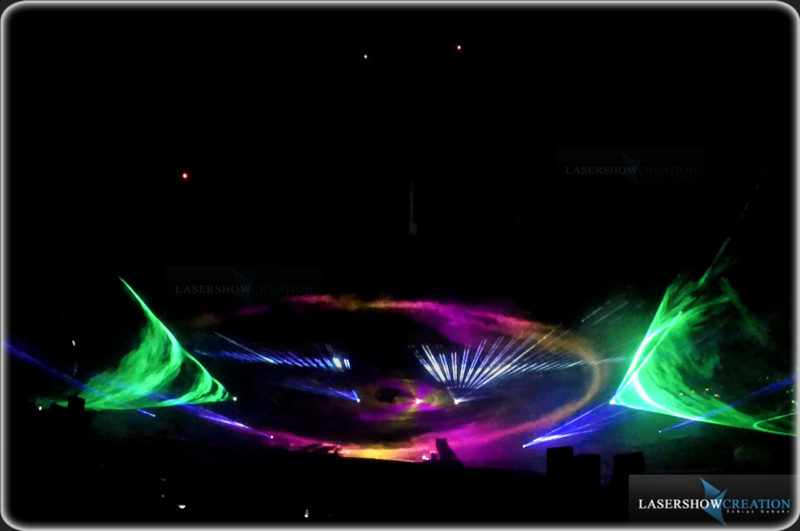 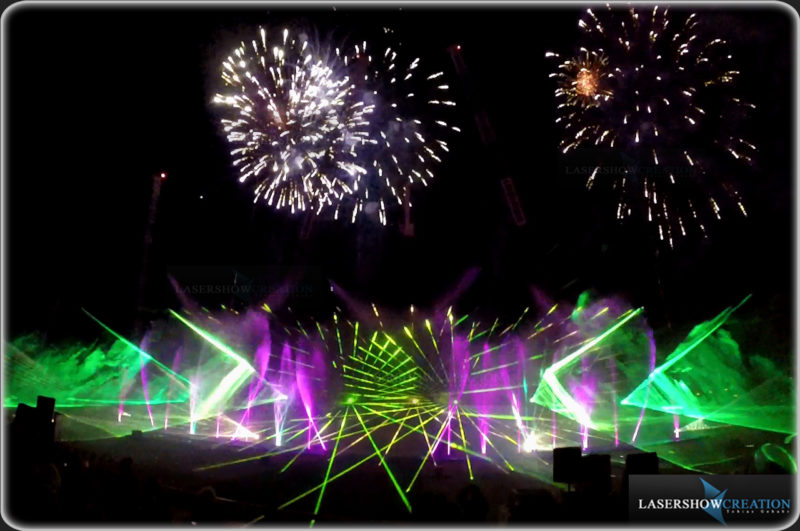 As supporting member of the highly professional team from Eventeffects.de , I was booked to be responsible for the lasershow part and sound concept of a massive outdoor show. Together, we created an outstanding highlight of a two day corporate event.

The overall spectacle has been fully synchronized via timecode and combined the atmospheric laser beamshow with huge mobile water fountains, fire and pyro effects and brilliant fireworks.

To create the highest emotional impact to the big audience of several thousands of guests, in total 12 high power RGB laser systems with up to 32W of laser power per projector have been installed.

By controlling every laser on an independent channel, the beam effects could be perfectly implemented into the entire show with beautiful chasing effects over quite far distances.

To pre align the overall show with the team and customers, the laser effects have been fully 3D visualized via software prior to the event.